Tata has teased with few interior shots of the newest vehicle in it's portfolio, the Harrier. Harrier was in limelight since it was in...

Update: Fisrt SUV roll out from.production video released by Tata Motors. Watch the SUV being built at the plant in the video below. P...

#TheBlindList- A blind date with the mountains! #SayYesToTheWorld

#TheBlindList- A blind date with the mountains! #SayYesToTheWorld

This is a post very close to my heart. This is about a memorable and enriching experience of mine when I just took a leap of faith and plun...

Iron does many things in our body. Its deficiency causes anaemia, weakens our nervous system and leads to many other diseases. Lethargy, bri...

Vodafone is one of the largest telecom companies in India and known for its wide coverage area, smooth customer service and innovative sche... 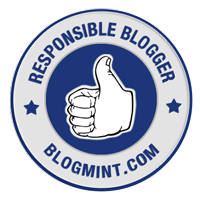